Is Georgia a No-Fault State?

“Is Georgia a No-Fault State?” For people who get in car accidents in Georgia, this is one of the first questions on their minds. Georgia is one of a group of states which are not no-fault states. Instead, it is what is known as an at-fault state.

Maha represents clients in state and federal court litigation as well as administrative proceedings. Her practice specializes in the areas of personal injury, criminal defense, and real estate closings. Published on: August 1, 2019. Last updated on: August 23, 2019.

Here for help with a recent accident? You may find one of these pages useful:

Amircani Law is different than the high-volume, quick-to-settle firms. Many of these firms are afraid of the courtroom and will take the first offer from the insurance companies.

Is Georgia a No-Fault State?

No-fault insurance coverage is a type of car insurance coverage that covers your medical expenses in case of a car accident, no matter who is at fault. The idea behind needing this sort of protection is to save money on pricey lawsuit expenses that can happen when two parties are attempting to prove the other party’s fault. In no-fault states, personal injury protection coverage is needed and drivers are restricted in their right to take legal action against other motorists.

So, is Georgia a no-fault state? Like the majority of U.S. states, Georgia is not a no-fault state. This suggests that if there is a car accident, the motorist who caused it as well as their insurance provider will be accountable for all damages inflicted on the other party, including medical expenses and vehicle damage.

Georgia has a particular kind of at-fault policy, which is referred to as “proportional comparative fault.” What this suggests is that each motorist associated with the accident has a portion of the blame. If one motorist did not use their turn signal when making a right-hand turn, but the other motorist involved in the accident was speeding, then they would both have a portion of fault. If it’s determined that a motorist is more than half at fault for causing the crash, then they are not eligible for compensation. 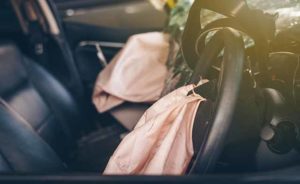 A Tough Georgia Accident Lawyer in an At-Fault State

When asking “Is Georgia a no-fault state?”, you may also be wondering how Georgia’s car insurance laws work in the absence of a no-fault policy. Georgia law requires that all drivers carry a minimum amount of car insurance. Under the state’s tort system, drivers who are involved in an accident may be liable for economic damages such as lost wages and earning capacity, actual damages like property damage expenses and medical expenses, and pain and suffering, both emotional and physical.

In Georgia, drivers are required to carry the minimum amount of $25,000 of physical injury protection per driver, and $50,000 per accident. Motorists are also required to carry a minimum of $25,000 per incident in property damage liability. This is the bare minimum that motorists should carry.

While Georgia does not require that motorists carry additional coverage such as personal liability, collision, comprehensive, and uninsured/uninsured motorists, adding this coverage on top of Georgia’s minimum requirements can help protect motorists from monetary loss.

Failure to carry the minimum amount of car insurance can result in monetary fines and jail time. It is required under Georgia law that all motorists carry proof of auto insurance in their car and be able to show it if asked to see it by a law enforcement officer.

If a Georgia motorist violates this law, the conviction can carry a fine of no less than $200 and no more than $1000, jail time of no more than 12 months, or a combination of both penalties. Violators are required to show proof of insurance in court, where the court may impose a fine of up to $25. The best course of action for Georgia drivers who have been found violating this law is to contact a trusted attorney who is knowledgeable about Georgia’s car insurance laws. 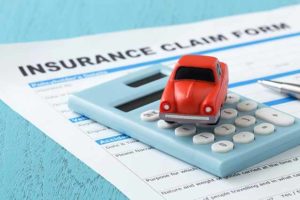 Is Georgia a No-Fault State or an At-Fault State, and What Does It All Mean?

If you have been involved in an accident in Atlanta, speak with an attorney about your options.

While we’ve already answered the question “Is Georgia a no-fault state?”, you may still be wondering how Georgia’s at-fault laws work when you are involved in a car accident.

In a no-fault state like Florida, your car insurance coverage instantly covers your property damage, medical expenses, lost earnings, and your own pain and suffering after a car accident, without regard to which motorist was at-fault in the accident.

In a fault state like Georgia, you do not have that automated protection. If you have been injured in an accident, in order to recuperate damages from an at-fault motorist for either property damage or personal injury, you need to prove that the other motorist was at-fault.

Georgia utilizes the “modified comparative fault” guideline for designating liability in car accidents. In order to gather any damages from an at-fault motorist, you need to show that you are less than half at fault for the accident. Hence, the other motorist’s car insurance will cover your damages only if that motorist is fifty-one percent or more at-fault for the accident and after that just for the percentage of fault appointed to them.

That ought to not be an issue for many Georgia car wreck victims, suggests the personal injury experts at Amircani Law, since in the majority of cases, one driver is one hundred percent at fault; that is generally the case in a head-on, rear-end, and “t-bone” crashes. 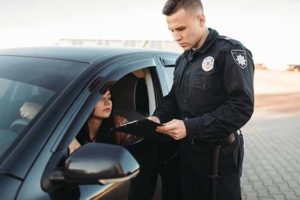 If you’ve been involved in a car accident, speak with Amircani Law about your options for free.

What exactly does that look like? If you are at fault in any way in an accident, your damages will be decreased by your portion of fault.

Let’s say, for instance, that you are t-boned by an inebriated driver who runs a red light, but you were exceeding the speed limit by 6 miles per hour. In this example, it may be determined that you are ten percent accountable for the accident because you were speeding, so if your overall injury claim totaled up to $10,000, it would be minimized by 10 percent, and you might get no greater than $9,000 in your healing.

A jury makes that decision after weighing the facts in an injury trial. The other motorist’s insurer may declare that you were partially at-fault in the accident, but if no settlement of the case can be reached, the are made only by a jury.

Since Georgia is a fault state, these cases can be complex, as the state puts the burden on you to show that you were less than half at-fault for the accident when you submit an injury or property damage claim.

How do you show that another motorist was at-fault in a car accident? In car accident cases, the police accident report is frequently a key piece of evidence, and the officers who responded to the scene of the accident might even testify in court concerning fault.

Other witnesses, video proof, and other physical proof can likewise be utilized to show fault. If the police discovered open containers of alcohol in the at-fault motorist’s vehicle, for instance, that would be “physical” proof of fault.

Since these cases can be so complex, your best course of action is to consult with a dedicated Georgia personal injury attorney, who will walk you through your case to ensure the best possible outcome. 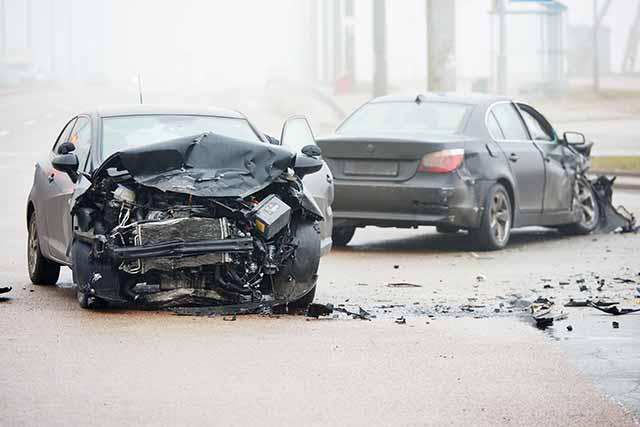 An Atlanta accident can be scary. The injuries and financial impact it might have on your life can be truly daunting. We’ve been there before and know how to help.

If you’re a motorist who is associated with a car accident in Georgia, you will need to report the accident at the same time to your insurer, and you will most likely be required to send an insurance coverage claim.

Georgia has a statute of limitations on submitting an injury claim. The amount of time you need to bring legal action after you have been hurt or suffered property damage is 2 years from the date of the accident for a personal injury suit and 4 years for a property damage suit.

However, it is usually not a good idea to wait 2 years to file a personal injury lawsuit. Instead, it is in your best interest to start working with an Atlanta auto accident lawyer as soon as possible.

However, when fault is challenged in a personal injury case, or if an auto insurance coverage company declines to act fairly and rather runs in “bad faith,” resolution of your case might possibly take longer, even numerous years, and consist of a jury trial. A dedicated personal injury attorney like those at Amircani Law will fight for your rights every step of the way and will represent you in court if fault is challenged. 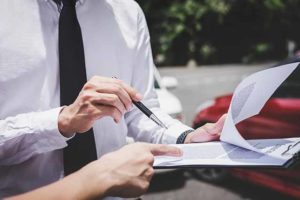 Georgia Car Insurance: No-Fault State or At-Fault State? Get the Help You Need.

Contact Amircani Law today and get help with your case.

In 2015, there was an average of more than 1,000 traffic accidents reported daily in Georgia. More than 1,400 traffic casualties and 19,000 major traffic injuries were reported in the state that year. As the data reveals, it’s easy to get hurt in a car accident in Georgia. Succeeding with an injury claim, however, isn’t always quite as easy.

If the evidence is in your favor, and if you are represented by a proficient car accident attorney like those at Amircani Law, you will be putting yourself in the best position to receive the settlement you deserve for any damages or injuries sustained after an accident.

If you or a loved one has been involved in a Georgia car accident, don’t let insurance companies minimize the compensation that you deserve. Contact Amircani Law today and let a dedicated Atlanta accident attorney fight for you.

We are here to help.